Bosnia and Herzegovina, located in the Western Balkans, is bordered by Croatia, Serbia, and Montenegro. It is divided into two entities, the Serbian Republic (49% of the territory) and the Muslim-Croat Federation (51% of the territory), with its capital in Sarajevo.

The Bosnian War of 1992-1995 devasted the newly formed country as it began its independence from Yugoslavia. Strong ethnic and religious divides came to the forefront as whole villages were burned and the once majestic Sarajevo Olympic stadium and its surrounding sports fields were turned into graveyards. It is estimated that more than 100,000 people lost their lives and nearly two million left the country seeking refuge.

After signing a peace accord in December 1995, a painful peace and reconciliation process started, along with the rebuilding of the country. Twenty-five years later, the economy is still in ruins, unemployment and corruption are high, ethnic and religious divides still run deep, and young people continue to migrate to seek a better life. Many feel hopeless and are in need of the hope of Christ.

More Information About Bosnia and Herzegovina

(Source: JoshuaProject.com. For more detailed information, visit https://joshuaproject.net/countries/BK
Note: where more current statistics are known, those are being used in place of Joshua Project.) 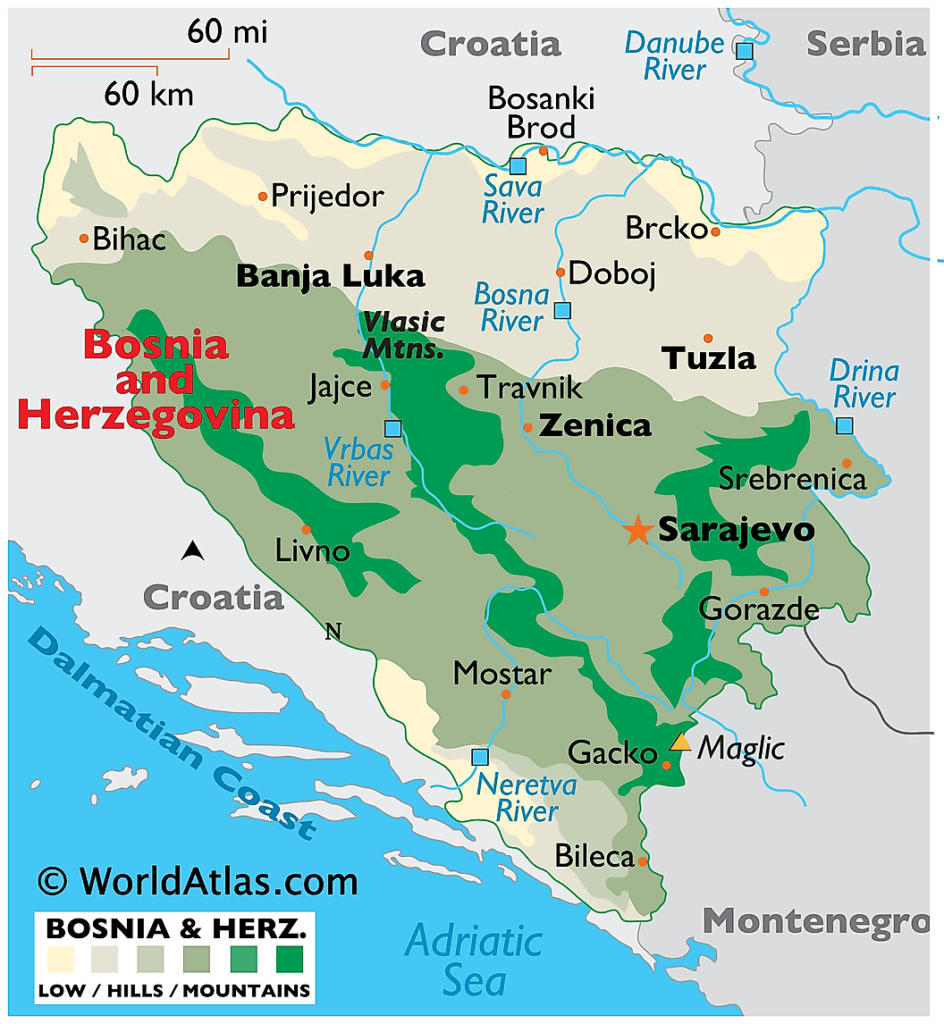