Bulgaria is a nation of many hidden treasures, full of history, and colored with opportunity. It ranks as the third largest country in Southeastern Europe (after Romania and Greece) and enjoys picturesque mountain ranges, including the highest peak in the Balkan region, Musala. The Danube and Thracian plains represent Bulgaria’s lowest and most fertile regions. Here grows the famous “liquid gold” of Bulgaria–rose oil–which is used to make perfumes, chocolates, liqueur, and jam, and has been cultivated in the Rose Valley for more than 300 years.

Bulgaria’s unique geography provides a strategic gateway between the Muslim world in the east and Christian Europe in the west. A nation once controlled by the Ottoman Empire, it later fell to communism and became known as “Russia’s little brother.” Today, Bulgaria has a democratic republic government that ensures religious freedom. However, it’s a place of much spiritual bondage with many links to the occult. Bulgaria needs Christ.

(Source: JoshuaProject.com. For more detailed information, visit https://joshuaproject.net/countries/BU
Note: where more current statistics are known, those are being used in place of Joshua Project.) 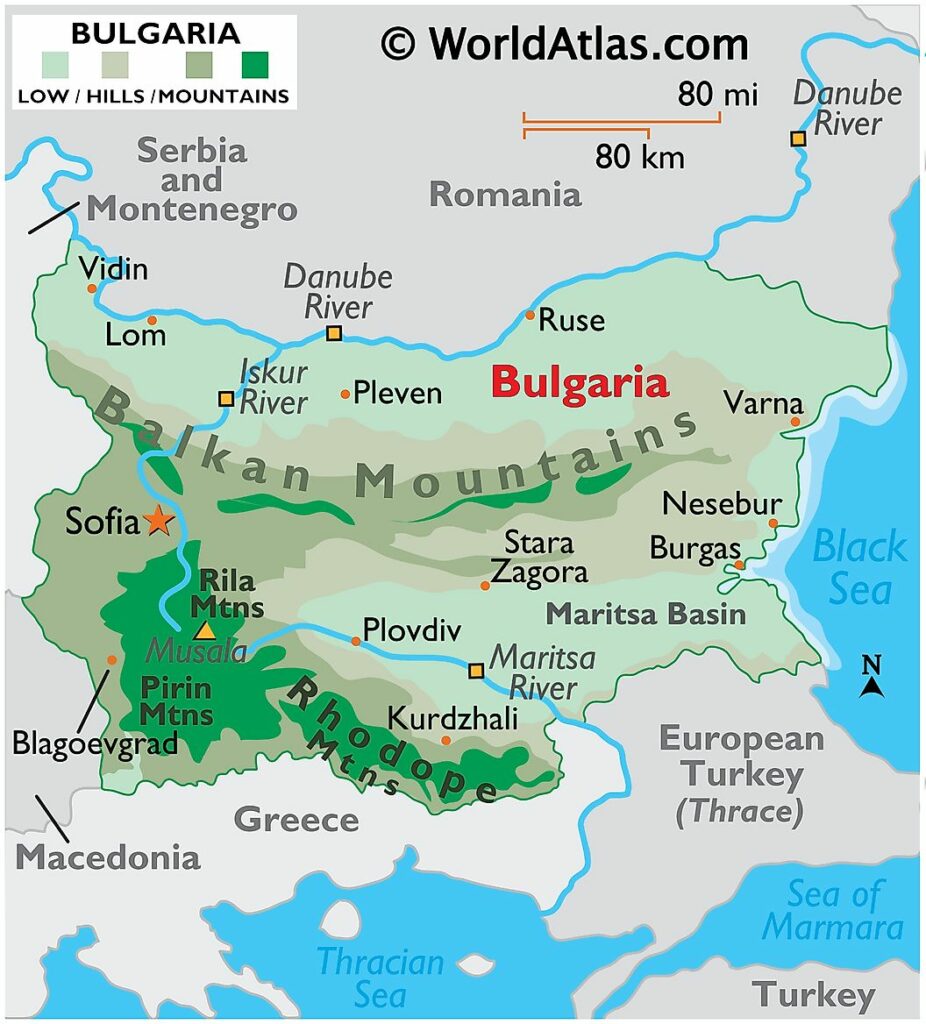