The lands that today comprise Croatia were once part of the Austro-Hungarian Empire until the close of World War I. In 1918, the Croats, Serbs, and Slovenes formed a kingdom, known after 1929, as Yugoslavia. Following World War II, Yugoslavia became a federal independent communist state consisting of six socialist republics under the strong hand of Marshal Josip Broz, aka Tito. Although Croatia declared its independence from Yugoslavia in 1991, it took four years of sporadic, but often bitter, fighting before occupying Yugoslav forces, dominated by Serbs, were mostly cleared from Croatian lands, along with a majority of Croatia’s ethnic Serb population. Under UN supervision, the last Serb-held enclave in eastern Slovenia was returned to Croatia in 1998. The country joined NATO in April 2009 and the EU in July 2013.
(Source: CIA World Factbook)

Croatia is a popular tourist destination, a land of beautiful beaches with a coastline that stretches along the northern Adriatic Sea over 3,600 miles. Dotted by more than 1,000 islands, it’s an idyllic place for sailing and other water sports.

Yet, despite its natural beauty, Croatia is a challenging place for the gospel. Most of the people are nominal in their faith, and the old churches lie empty. Croatians show a high level of skepticism toward religion.

(Source: JoshuaProject.com. For more detailed information, visit https://joshuaproject.net/countries/HR
Note: where more current statistics are known, those are being used in place of Joshua Project.) 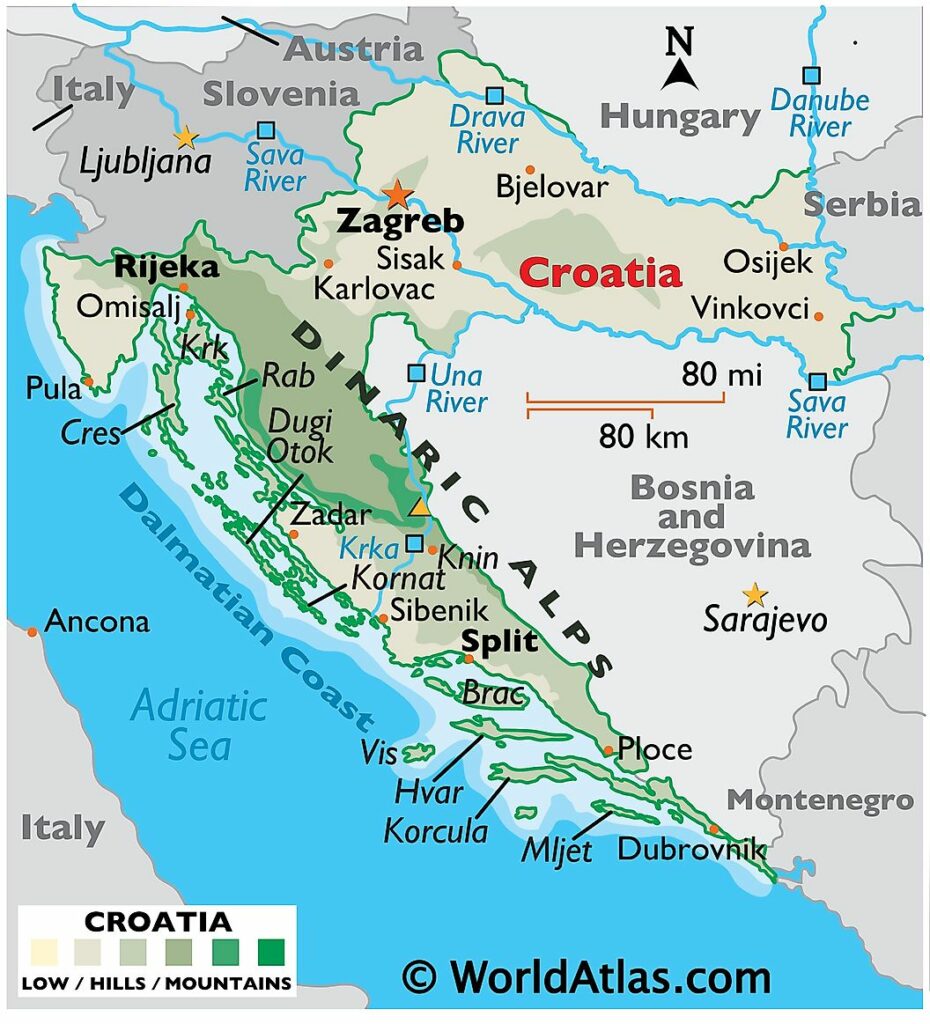